could someone please give me the link for how to upload again to the gallery for the challenge??? ta

Hi Donna, here are the instructions on how to upload your image:

thanks, all uploaded now

Having fun so far and am so proud of myself to be getting challenges done in time. My mojo has been lacking severely over the past 6 months thanks to pregnancy but this is definitely getting me moving. Thanks team for great challenges so far. Can't wait to see what the next stop is. 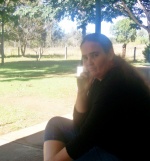 Have just added my Asia stop of India into the gallery. Ready for the next stop now!

Next stop will be loaded tomorrow.

looking forward to seeing where our next stop is

My apologies; I've only just found the chat section.

I am so far behind when it comes to anything technical. Thanks for your kind, supportive words regarding my separation; I'm coping OK and the girls are happy so it's all good now. There's ups and downs of course but thats to be expected. So right now scrapping is proving to be a great diversion and I'm loving the challenges; they've helped get me motivated again. Eager to commence Stop 3 but I think I'll have to do some domestic duties first. Grrrrrrrrr
Have a great day everyone, looking forward to seeing all the entries for Stop 2 tonight.

Hi guys, i feel like i have deserted you all!

I haven't scrapped in over a week! I really want to, but am so emotionally and mentally drained at the moment that i keep falling asleep in my lounge chair!

Tonight has been the first night that i haven't been asleep at 10:30, as i am trawling my computer for photos.

The reason i have been MIA (well not totally, keep popping in and out, but not commenting anywhere) is because my father in law , who was only 55, passed away last Thursday morning in Adelaide (400kms from home) and we are now planning his funeral.

3 yrs ago he was diagnosed with a VERY rare form of Leukemia with no known cure. Over the past 3 yrs he has had his ups and downs. Last October he spent a month in an Adelaide hosp and was really unwell, but they were able to get him going again, and then he under went chemo. After that he seemed to go in to remission. His hair grew back and all tho he had pain and what not caused by the chemo, he was going well, until 5 weeks ago when he hospitalised himself down here and was diagnosed with pnuemonia (symptoms masking his leukemia). He spent 2 wks in hosp, before being allowed home. He was home for a wk, but really shouldn't have been, before returning to hosp. At this point, my hubby stepped in and demanded he be flown to Adelaide where his specialist is. That was Sept 10. The last day me and the kids saw him, while being loaded into the RFDS plane. Hubby (Matt) went with him and stayed for the week, and came home for the weekend, when he seemed to have perked up a bit. Matt then returned to Adelaide Wed last week to see him, and found he had gone down hill majorly!

5:30am Thurs morning Matt rang me and said get to Adelaide ASAP as he had already been told to say goodbye. I had to make a few ph calls to organise a ride as Matt had my car, and hit the rd just after 7 once i got the kids all packed and organised. An hr and half into the 4+ hr (with kids) journey, i got a call to say he had passed away!

We still continued to Adelaide to be with the family, and then returned home fri. Each day since then has been a bit of a blur trying to organise the funeral (he was divorced and Matt is the oldest) which will take place on Thurs.

I have bawled my eyes out today, after having to take the kids shopping for outfits for the funeral, as well as finding something for myself. Its getting a little too real. I think the cry has done me good tho, cos i am sitting here typing this and looking thru photos tear free!

Anyway, i just wanted to share the meaning of my post on Saturday, and let you know why i haven't really been around. Hopefully once the funeral is over, things will get somewhat back to normal. Will be weird not having him here tho, cos he used to be at our house with me and the kids at least 3 days a week!

I spent more time with him in the past couple of yrs than Matt did!

This means we have lots of great memories to reflect on!

My condolences to you and your family Vicki.

no wonder you havent been around much vicki,and totally understandable.....my thoughts are with you and your family during this trying time

Thinking of you, Matt and your family. It's a hard time for all of you and I can only hope that the fond memories you have of your father-in-law will comfort you at this time. Take care of yorself Vickie, we all appreciate you situation and know that time out is needed right now.

So sorry for your loss Vicki.

Thoughts and prayers with you, Matt and the family. Such a sad time for you all, know we are all here for you and wish you well. Angie xx 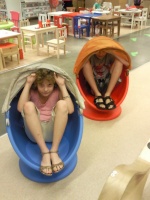 sending my condolences to you and your family Vicki. 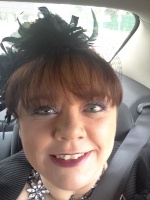 So sorry to hear of your loss Vicky. Take care.
Sarah

sorry to hear of your loss Vicki....
On a happier note, I have completed my Antartic layout and hope to upload over the weekend
happy long weekend!

Thank you for all your support and understanding guys! I really appreciate it!

Tonight I am going to scrap! It has been well over a week since I have done anything and although I have been itching to do something, I kept falling asleep, so now the kiddies are in bed, I am dragging it all out in front of the fire and I'm goin to have a play!

I have not been on because I have been sick. I am so very sorry for your loss and for Matt and the kids too. This is such a hard time for all of you and I'm so very happy to see that you were able to spend as much time as possible with your Father-in-law over the past 3 years some very cherished memories for all of you! My Love and hugs and prayers for you as you go through this. xxxx 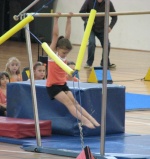 thinking of you and your family at this time Vicki *hugs*