Just thought I should pop in and let everyone know "officially" (for those who don't already know) just why I have been so absent from the forum here lately.

As many of you know, I have been pretty unwell for many weeks now. Well yesterday afternoon we FINALLY found out exactly why I have been SO unwell...

Up until yesterday Shannon & I had no idea that there was more than one little bundle hiding in there, so it caught us completely by surprise. It was also amazing to finally reveal to Brielle that not only was she going to be a big sister, but a big sister to TWO babies at once.

All going well, our little bundles are due to join our family in mid September and after the initial shock of yesterday has worn off, we are HUGELY excited!!!

So my apologies in advance if I am not around the forum as often over the coming weeks - once I start to feel human again and after I get over the hurdle of moving at the end of next week, I will be back to annoy you all as much as before!

Such awesome news Sue - it never occurred to me you were this kind of sick lol. And two babies - wow, wow, wow! So cool, congrats 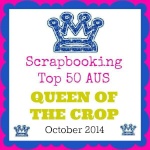 I am so excited for you Sue! 2 new top50 bubs for us to watch growing up! I bet miss b was super duper excited! You will be an awesome mama to twins!

fingers crossed for a boy and a girl!

Good luck for the move next week, don't push yourself too hard! Ur getting a bigger place just in time by the sounds of it! Lol!

Can't wait til ur settled and have time to come play with us again! 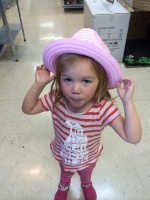 Congrats again Sue!!! Just think of all the scrapping you have ahead of these two little bubbas??...lol 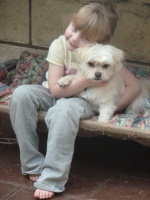 wowsers! I havent logged in for a while and when i do this is what greets me

You've been busy girl, way to go on such awesome news! Double congrats

Congratulations Sue. Sounds like you have a busy time ahead. 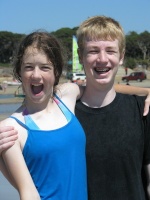 Yes, Brielle was VERY excited! We hadn't told her we were expecting until the 12 week scan on Monday, and we took her along with the view to telling her in there when she could see bub on the screen. We had no idea that we would be told that there were TWO bubs in there, and when she realised what was happening she almost squealed the place down! LOL
As soon as we left the scan place, we walked out into the street and ducked into Coles and Brielle was yelling at everyone "my mum has two babies in her tummy!"...she is SOOOO excited!

LOL that is so cute Sue!!

Congrats again Sue. I am so excited for you. Stay well and take it easy with the move. Let Shannon do all the hard work. xo
_________________
Check out my blog
http://redantscrap.blogspot.com

Congrats to you and the family, what a lovely surprise

Congrats to you and your family

Congratulations, look after yourself.

Just a quick update for everybody, i heard from Sue yesty, the move went smoothly, her new house looks like a bomb site and she is exhausted, but they are in. As of last night she had no home phone, no television and very bad reception on her mobile! LOL! It will probably be another week before she has the ph and net all connected up again!