Behind the scenes of SBT50 we in are preparations for something very EXCITING!

Although we can not reveal all the details just yet, we can defiantly say it is the biggest event we have ever held! You may be able to read between the lines a little and guess what the event will be, but you could never imagine just how awesome it is going to be!

To help get you all prepared for the event we are running a competition, into the lead up to the big reveal. Over the coming weeks we will be revealing some fun facts from all around the world, that we have found on the net, that we think are quite interesting. Hidden amongst the facts, you will notice some random letters have been highlighted. Collect the letters, which form words, each day, and when we get to the final day of facts you will have a full sentence. At this time, you need to pm your full sentence to myself (vickstar), Ant (redant) or Sarah (sarah). You will have a week to pm us, then we will put all the correct answers into a hat and draw a winner! The winner will receive an AMAZING kit of handmade and manufactured goodies which will help you in the upcoming event!!

(No chat in this thread please!

Our first fun facts are all about Antartica. Has anyone been to Antartica? I’d love to go- it looks amazing!
Make sure to read them all the facts as these could come in handy for you in the upcoming weeks : )
Hidden within the facts are three highlighted letter which spell our first hidden word.

1. Antarctica is the coldest place on Earth, as well as the windiest. The lowest temperature ever registered was of -89⁰C in 1983, while in the warmest day of summer, it doesn’t reach more than 15⁰C near the coast.

2. One of the most interesting facts about Antarctica is the contradiction between the dry climate and the amount of water (70% of the water on Earth). This continent is the driest place on the planet.

3. There are no human inhabitants in Antarctica. The only people who live there for longer periods of time are part of the temporary scientific communities.

4. This is the only place on Earth where the emperor penguin (photo) can be found. It is the tallest and the heaviest of all penguin species.

5. Antarctica has no Government and no country owns this continent.

6. One of the most interesting facts about this continent is that it is the best place in the world to find meteorites. Apparently, meteorites striking the Antarctic ice sheet are better preserved than anywhere else on Earth.

7. This is the only continent without a time zone. Scientist communities in Antarctica tend to keep either the time relating to their home lands or the supply line that bring them food and other essential goods.

8. While a variety of marinE animals, such as blue whales, orcas, and fur seals find this continent most welcoming, Antarctica is Extremely poor in land animals.

9. If the entire ice in Antarctica would melt, sea level would rise about 60 meters everywhere! We should pay more attention to the global warming which affecTs particularly this continent!

10. The last item on the list of interesting facts is the iceberg which broke free from the Ross Ice Shelf in Antarctica, in 2000. It is the biggest iceberg in the known hisTory, measuring 295 Km in length and 37 km in width, same as the size of Connecticut or Qatar, for example.
_________________
Cheers, Vicki

Well most of us can say we call Australia home. But I wonder how many of you know the following interesting facts about Australia?! I didn't know most of them! Hidden within these facts are 5 highlighted letters which spell a hidden word which is part of our reveal phrase.

1. AustRalia is the biggest island and the smallest continent in the world.

2. Over 90% of Australia is dry, flat and arid. Almost three-quarters of the land cannot support agriculture in any form.

3. Canberra - Because Sydney and Melbourne kEpt bickering over which city should be the capital of Australia, it was decided that neither of them would be capital and instead, a new capital would be built in the middle of them both.

5. Newspaper readership - Per capita, Australians reAd more newspapers than any other nation.

6. Australia's first police force was a band of 12 of the most well behaved convicts.

7. With less than 1 percent of the worlD's population, Australia has more than 20 percent of its poker machines.

8. For each person in Australia there are two sheep and over 16 rabbits

9. Emus and kangaroos cannot walk backwards, and are on the Australian coat of arms for that reason.

Oops, sorry, i was too busy partying yesty and forgot to put this up for you all....

So here are some facts about Europe that you might not be aware of. Make sure to read them all as these could come in handy for you in the upcoming weeks : )
Hidden within the facts is a code word which is part of our reveal phrase.

1. Geographically speaking, Europe extends to about 10,180,000 square kilometers on the Earth's surface

2. 700 million people live in Europe. However birth rates are relatively stagnant – and has one of the lowest fertility rates in the world

3. Europe received its name from a princess in Greek mythology. Europa was a Phoenician princess kidnapped by Zeus who had transformed into a white bull to take her.

4. One fun fact about Europe that is usually unknown is that no deserts inhabit the continent of Europe.

5. The longest name for a town is located in Wales and named, Llanhyfryddawelllehyn-afolybarcudprindanfygy-thiadtrienusyrhaFnauole. The name means "quiet beautiful village and a historic place with a rare kit under threat from wretched blades."

6. Unknown to most, the famous Statue of Liberty - the symbol of the United States and freedom - was actually constructed in France and given as a gift to the United States of America. The date of the American Declaration of Independence was inscribed on the torch raised by the woman.

7. Holland is commOnly represented by the tulip, however the tulip actually originated in Turkey.

8. The most famous Danish writer, Hans Christain Anderson, wrote the Little Mermaid and the Ugly Duckling. His books have been translated into more languages than any other book except the Bible.

9. In Italy, the first Pizza was called the Margarita Pizza and was named after the queen.

It's South America's turn now! I bet you didn't know all these fun facts! Make sure you read them all and get the hidden letters!!

There might be something here that will help you in the coming weeks!

2. Andes form the Second Highest Mountain System in the World next to the Himalayas. They are Young Fold Mountains. Mt. Aconcagua is the Highest Peak (7,021 m) of The Andes.

3. The Angel Falls is the Highest Waterfall in the World and is located in the South Eastern part of Venezuela.

4. Ant-eaters and Armadillos are the Most Ancient Mammals found in South America.

5. Peru is one of the Leading Countries of the World in the Fishing Industry.

7. Paraguay and Bolivia are the only Landlocked Countries in South America.

8. Brazil is the Largest CoUntry of South America followed by Argentina.

9. Duelling is legal in Paraguay as long as both parties are registered blood donors.

So here are some strange/ interesting facts for you about mostly Mainland America. Have you travelled around America?
Make sure to read them all the facts as these could come in handy for you in the upcoming weeks : ) Hidden within the facts is a code word which is part of our reveal phrase.

1. America has mostly a temperate type of a climate, but it is tropical in Florida and Hawaii, arctic in Alaska, semiarid in the great plains west of the Mississippi River, and arid in the Great BAsin of the southwest.

2. A toothpick is the object most often choked on by Americans!

3. AMericans are responsible for generating roughly 20% percent of the garbage in the world!

6. About half of all AmericAns are on a diet on any given day.

8. AriZona boasts all or part of the ten largest American Indian reservations.

Africa looks and sounds incredible. Have you travelled there? It is on my must see list!

Here are some interesting facts for you about Africa. Make sure to read them all as these could come in handy for you in the upcoming weeks : ) Hidden within the facts is a code word which is part of our reveal phrase.

1. Africa is the poorest and most underdeveloped of all of the continents, despite its wealth of natural resources. The average poor person in sub-Saharan Africa is estimated to live on just $.70 a day.

2. Libreville, Gabon is in India. It is the 5th most expenSive city in the world to live in. Unfortunately in contrast to this the top 10 poorest countries in the world are all in Africa.

3. South AfriCa has the highest number (5.3 million) of people living with HIV/Aids in the world. Compare that to Canada with 56,000 and Croatia with only 200.

4. Eighteen people from Africa have been awarded a Nobel prize. They come from AlgeRia, Egypt, Ghana, Kenya, Nigeria and South Africa.

5. African elephants Are the largest living land animals. They can weigh uP to 6-7 tons and drink over 160 liters of water a day.

6. Africa is home to the world’s Biggest frog. It comes from CamerOOn and is over one foot long!

7. Approximately 90% of all cases of malaria worldwide occur in Africa, and 3,000 African children die each day from its effects

8. The Sahara Desert is one of the world largest and driest deserts. It is expanding in the south at a rate of about 800 metres a month.

Asia is huge! Here are some interesting fun facts for you about Asia! Make sure you read them all, and get those hidden letters ready for the big reveal!

1. Asia is the laRgest continent by landmass and covers 8.6% of the Earth's surface . The land area of Asia is Actually larger than the land area of the moon. (44.6K sq km – 37k sq km respectively.)

2. Over half the world's population lives in Asia. There is a reCent study that shows that if you average evEry face in the whole world, it would look like an Asian man as this might be the most average look.

3. You might not hAve ever guessed it, but there are moRe than 2000 languages spoken in Asia.

6. The Himalayas are the world's largest mouNtain system

7. Azerbaijan, Kazakhstan, Russia, and Turkey are all countries that lie partially in Europe anD partially in Asia

8. India is the 7th largesT country in the world, the largest democracy and one of the oldest civilizations.

9. The value of "pi" used in matHematics was first calculated by the Indian mathEmatician Budhayana in 6th century.

All clues are now up!!

Read first post to see what you need to do!! 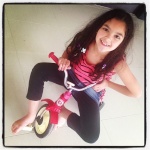 Lol Charm. He would, wouldn't he? Is he enjoying seeing all the coiuntries at the olympics? Eexcuse my typos, on my phone. Uggh
_________________
Check out my blog
http://redantscrap.blogspot.com