Did anyone else watch 'The Pacific' the other night???

My DP is what can only be described as a "war nut" (LOL) and had been counting down the months until it came on. I was also looking forward to it, as I had thought 'Band of Brothers' was fantastic. I wasn't surprised to see that it had been structured in much the same way as BOB had been - including actual footage, and using interviews from men who had been there. I think the whole series is going to be great and its nice to see the Spielberg / Hanks team in action again.

My only complaint? Waaaaaaaay too many ads during it!!! 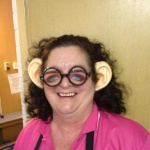